March 2013, Israel. President Obama visited Israel and Prime Minister Netanyahu in a trip that came after years of relatively strained relations and mistrust between the two administrations.

President Obama flew into Ben Gurion Airport; this is my perspective on the arrival of the U.S. President and the beginning of an official state visit, Obama's only one to Israel. 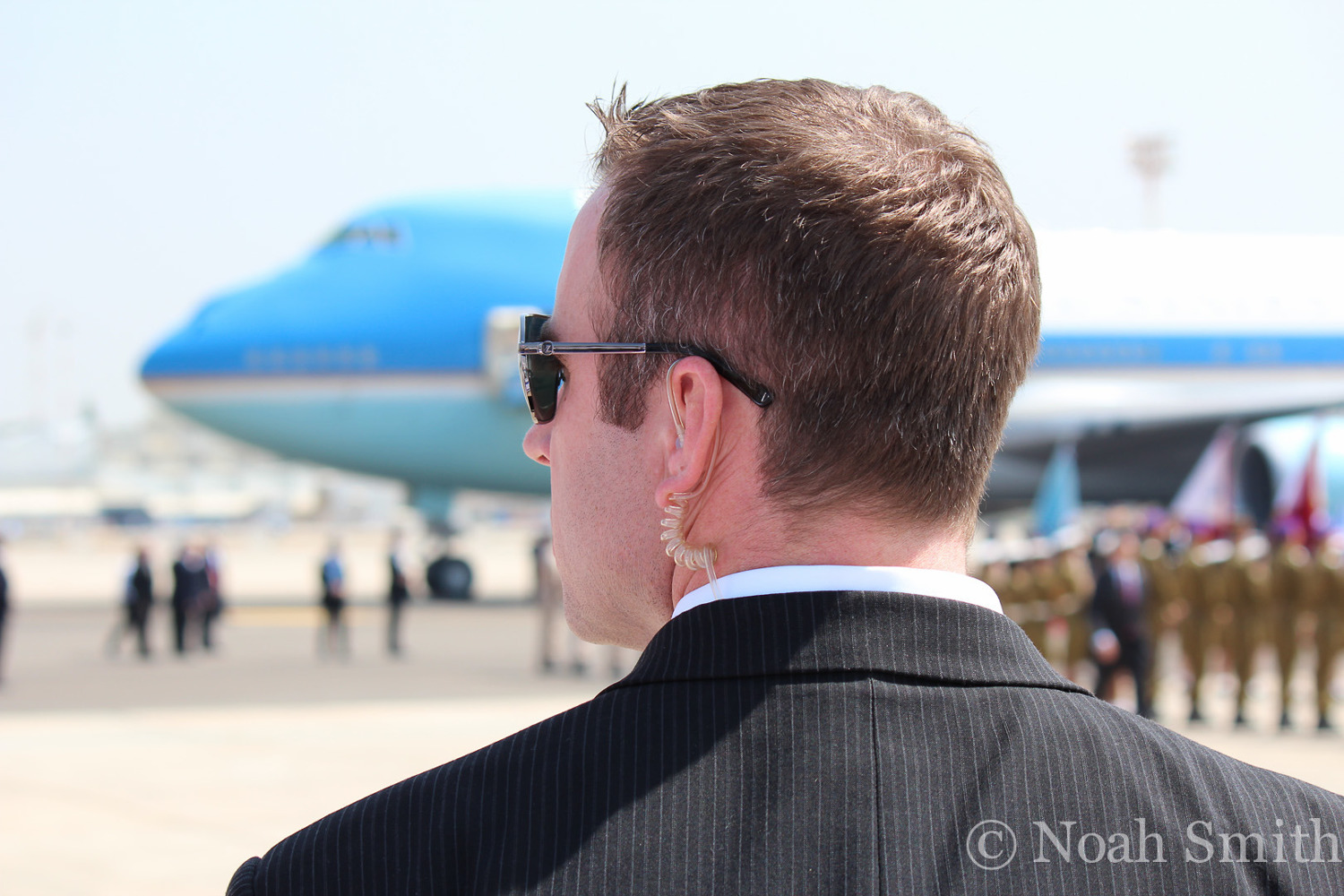 Red carpet rolled out. And swept.

Israeli Police Media Relations, according to the vests.

An Israeli group waits for the President.

The jetway, at the ready.

Patriarch Theophilos III walks to his position in the greeting line.

This U.S. Marine would escort President Obama from Air Force One to the greeting line.

One of the U.S. Army's Black Hawk helicopters.

Looking at the entrance tent.

A U.S. Secret Service members scans the area. There is an increasing buzz in the crowd as word circultates that Air Force One is close.

A U.S. soldier looks out of his Black Hawk.

Members of the press capture the President and his team get off the plane.

Not President Obama exiting the plane.

President Obama and Prime Minister Netanyahu walk to their seats. President Peres is at the podium.

PM Natanyahu making jokes, in what was otherwise an expectedly serious speech.

The leaders of the U.S. and Israel walk away as an Israeli military plays on.

U.S. Marshalls waiting for the event to conclude.

President Obama and PM Netanyahu, with their jackets slung over their shoulders, tour Arrow and Iron Dome anti-missile systems, which are joint U.S.-Israel projects.

A sniper packs up his gear.