British Royal Marines joined their U.S. counterparts for a few weeks in Twentynine Palms, CA in order to, inter alia, hone their skills in desert-based combat and coordination amongst air, armor, and ground troops. Though the exercise, a massive joint live fire affair, was planned before the rise of Daesh in Iraq and Syria, it had become easier for the soldiers to envision how they might apply their training. 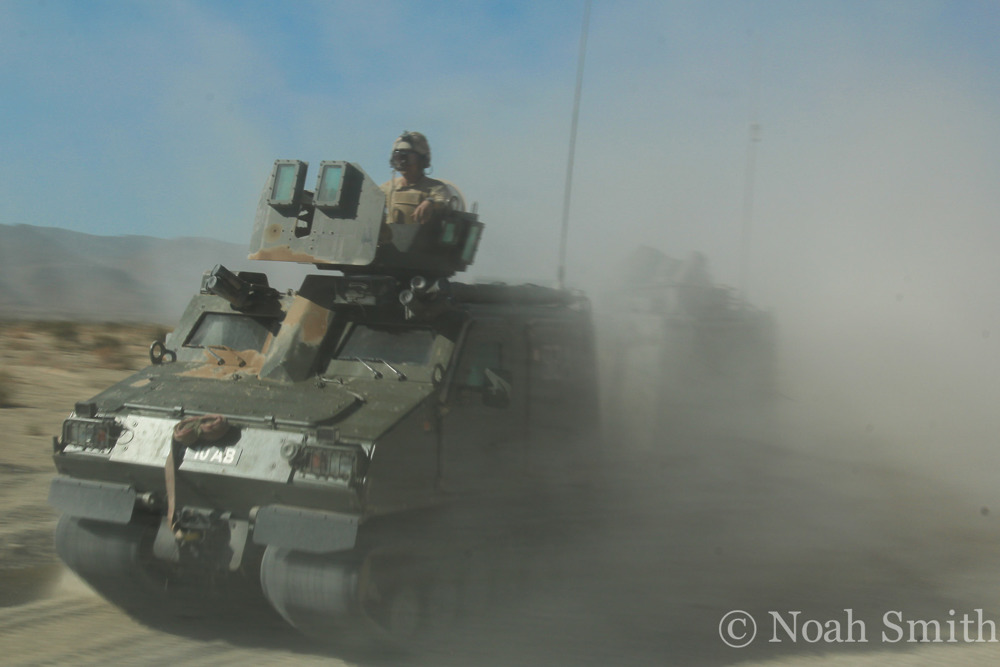 Planning the next days "battles"

A Royal Marine signals in a medical transport helicopter.

A Royal Marine had to be evacuated. We were prevented by the Royal Marine officer in charge from reporting on the incident any further.

A Royal Marine waiting for the day to begin.

A convoy of Humvees.

The action gets underway. The first task is a climb up a hill to observe ordnance being dropped.

U.S. Marines preparing for the next stage of the mission.

The riflemen and machine gunner advance to the next stage of the exercise.

The NCO radios in for guidance on his next move.

Royal Marines, toward the late stages of the exercise.

Preparations are made for the final assault of the day.