1// The Salton Sea, as the permanent body of water that we know it as today, was an accident from day one; an irrigation project gone completely awry. Over the initial years of the project, rampant flooding would occur in the Salton basin, eventually drowning two towns, Salton and Torres-Martinez, within its waters before the final inundation was complete.

The new lake's early days, in spite of its wild inception, proved to be quite fruitful.  From the 1920s until the 1950s, resorts and small towns were built up as tourists visited from throughout the region, enjoying the water recreation activities and wildlife. Shortly thereafter, agricultural run-off and other forms of pollution, mixed with the saline content of its feeding rivers and lack of outflow lead to the lake becoming a death zone for its inhabitants. With the downfall of the lake went the downfall of the tourism industry- and the towns along the lake's egde.

Today, the area is spooky. Abandoned playgrounds sit idle next to completely desolate and vacant parking lots (in Southern California, a surreal site no matter the context…) A walk to the lake's edge yields sights better left unseen: scores of dead fish bobbing in the putrid-smelling lake. Beaches covered with a layer of fish bones and trash spanning a decade or more. Bars, hotels, beach shacks, covered in graffiti, sitting silent and lonely, waiting for visitors who will never return.

2// On the other side of the river from St. Louis, there are a series of mounds. These mounds represent some of the only remaining evidence of a civilization that once inhabited the area and, in 1250, are believed to have lived in a city, Cahokia, that had as large a population as London and Paris at that time. In fact, Cahokia was the largest city in the present-day United States until the 1780s.

Very little is known today about this civilization and their culture. Archaeological research offers tantalizing insight into the lives that these people led, but nothing more. Based on excavations, we know that trade networks existed which allowed these people to obtain sea shells. We know they must have had a high degree of civil organization in order to build the large mounds. We know they had complex rituals. Sadly, though, the questions, as basic as they are, significantly outnumber the answers.

3// Santa Cruz Island, one of the Channel Islands off the coast of California, is believed to have been inhabited for at least 9,000 years. When Spanish explorers traveled to the island, they met Chumash Indians living there. The Chumash had deep links with their brethren living on the mainland and engaged in a wide variety of trade and artisanship.  Patterning the history of mainland California, the island changed hands from indigenous peoples to Spanish to Mexican to American. Since the Chumash, the island has played host to a succession of wealthy families, each only able or willing to work and live on the island for relatively short periods of time. Other people have found the island to be more hospitable, namely smugglers, who valued its proximity to the mainland.

Today, only a quarter of the island is accessible to the public, the rest is administered by a combination of environmental foundations and the University of California. Still, visitors can see the remains of times and industries gone by: ranching and oil, vacant houses and abandoned machinery.

Once overrun by numerous invasive species and consumed by harmful pesticides, today the island is slowly reaching a more sustainable degree of equilibrium as the feral pig population is becoming less of a threat to the island fox while the bald eagle, which once flourished on the Channel Islands, has been reintroduced and is making small steps towards re-colonizing the island.

While walking amongst its deserted paths and mostly naturally-reclaimed landscape, you could almost be forgiven for thinking that you are the first to step foot on the island. Yet, as you come upon an abandoned drilling rig, you are forced to consider the history of the place, the lives and realities of those that came before you, and the truly fragile nature of our existence anywhere on the planet.

4// Pompeii was destoryed by a volcanic eruption that killed the city's inhabitants and buried the area in ash. It would only be discovered about 1,500 years later. 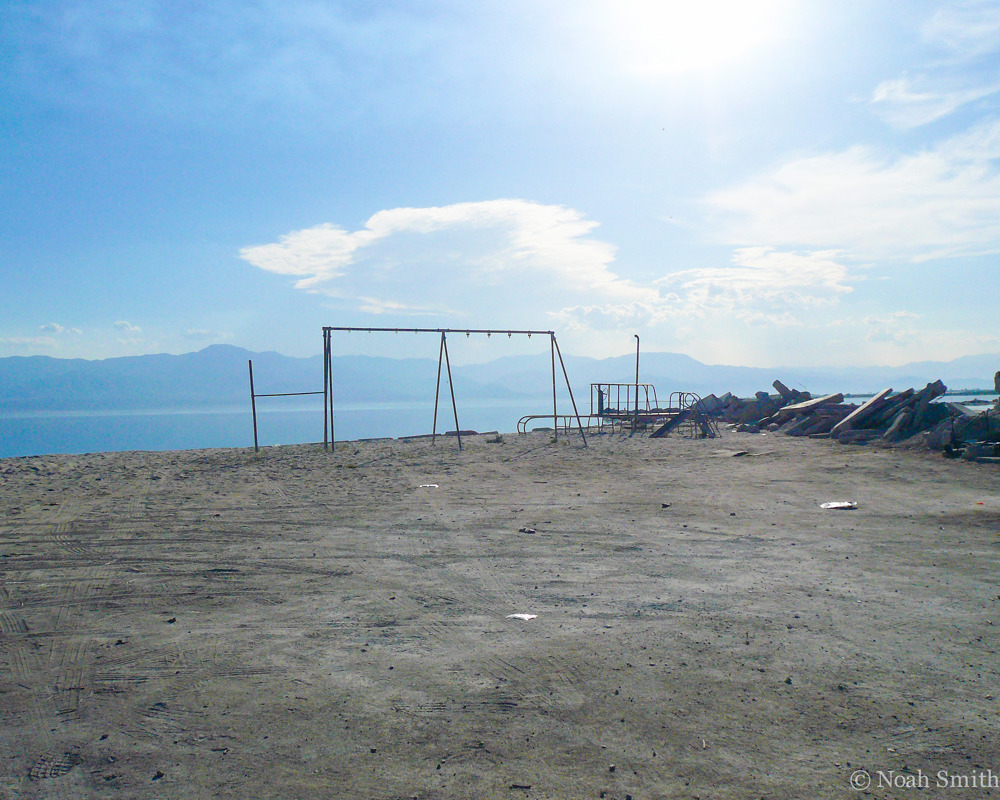