No single party has ever won a majority of seats in Knesset elections. As such, the party with the most votes must make coalitions with other parties in order to attain a majority of the 120 Knesset seats needed to form a government. However, as was the case with Tzipi Livni and the Kadima party in 2009, receiving a plurality of the vote is not a guarantee that the party will lead the government. In 2009, it fell to Benjamin Netanyahu's Likud party to create a government coalition, which it did, and thus Netanyahu assumed the Office of Prime Minsiter.

Due to this coalition system, smaller parties can gain a tremendous amount of influence. By withholding their support for the majority party, support that the party needs to form a government, the smaller parties can demand plum ministerial appointments as well as advantageous social programs for their constituents.

Another difference between the U.S. and Israeli electoral system lies in the primaries. Parties either hold elections or appoint a list of candidates, ranked numerically. The number of many mandates, or percentage of the national vote, a party attains determines how many of its members enter the Knesset.

Despite the intricacies of this system, or perhaps because of it, the actual process of voting is extremely simple. Israelis will vote by simply walking into the booth, selecting one of the cards inside (which has a party's initials on it), placing it into a privacy envelope, and dropping it into a secure box.

After experiencing a few campaign events in Israel, it is clear that there is a divide between which rhetoric and behavior is effective here versus in the U.S. At a debate between Tzipi Hotovely of the Likud and Merav Michaeli of Labor, which was organized by The Tel Aviv International Salon for English-speakers in Israel.

At the debate, Michaeli plainly called for the return of a robust welfare and nanny state. Hotovely stated that she did not want to separate religion and state. While both viewpoints have been expressed by national-level candidates in the U.S., they are usually not stated so boldly stated, and at such a late date, by members of the top two parties.

Other differences included behavior during the debate. In the U.S., viewer have grown accustomed to professionally-developed facial expressions, ranging from bemusement to confusion to concern, from one candidate while the other is speaking. At a recent debate here in Israel, the women took to constantly checking their cell phones while their opponent was speaking.

When they were not checking their cell phones, they certainly had no problem interrupting each other, which certainly seemed familiar. Calls by the moderator to curtails answers were ignored and, often, mocked due to the complexity and seriousness of the questions.

Another divergence was the level of sarcasm exuded by Michaeli, even when discussing heavy issues such as the economy and the military. This could be due to Michaeli's relative inexperience in politics. She worked as a journalist for many years but only entered politics in the past few months. This, in itself, represents another strange aspect of Israeli politics for an American observer. Namely, how late, relative to election day, some Israeli politicians enter the race as well as how often candidates change parties.

Still, the similarities abounded. Rhetoric about the middle class flowed freely, there were ample calls for creating more opportunities, and national security was held sacrosanct.

Earlier in the campaign, at an event organized by Likud  which was specifically geared towards younger voters, a different atmosphere reigned. Perhaps as a push to help present a different side of Netanyahu to the electorate, the Likud organized the rally at the Tel Aviv marina area, a tony location known for its shops, restaurants, bars and clubs.

The rally was more like a typical weekend party. A large screen behind the DJs on stage showed nationalistic images while the lights flashed and people lined up at the bar. The dance floor was full, as was the balcony above, with young people of dubious legal voting age.

There was meager programming until Prime Minster Netanyahu came on stage with a few members of his party. He gave a short, inconsequential speech that mostly served as red meat for his followers. After, he shook hands with some guests and promptly left while other Likud candidates lingered to glad hand.

After a few minutes, the energy was completely sucked out of the room and the party ended before 10:30, which in Israel is simply unheard of.

Later today we will see the results of the past few months of campaigning. While it is widely expected that Netanyahu's Likud will receive a plurality of the votes, the intrigue lies in how well other, smaller parties do. If Likud wins big, Netanyahu will have wide- ranging power to govern. If, however, the right wing vote is split amongst other parties, Likud may find itself pulled to the right to accommodate the agendas of other parties. 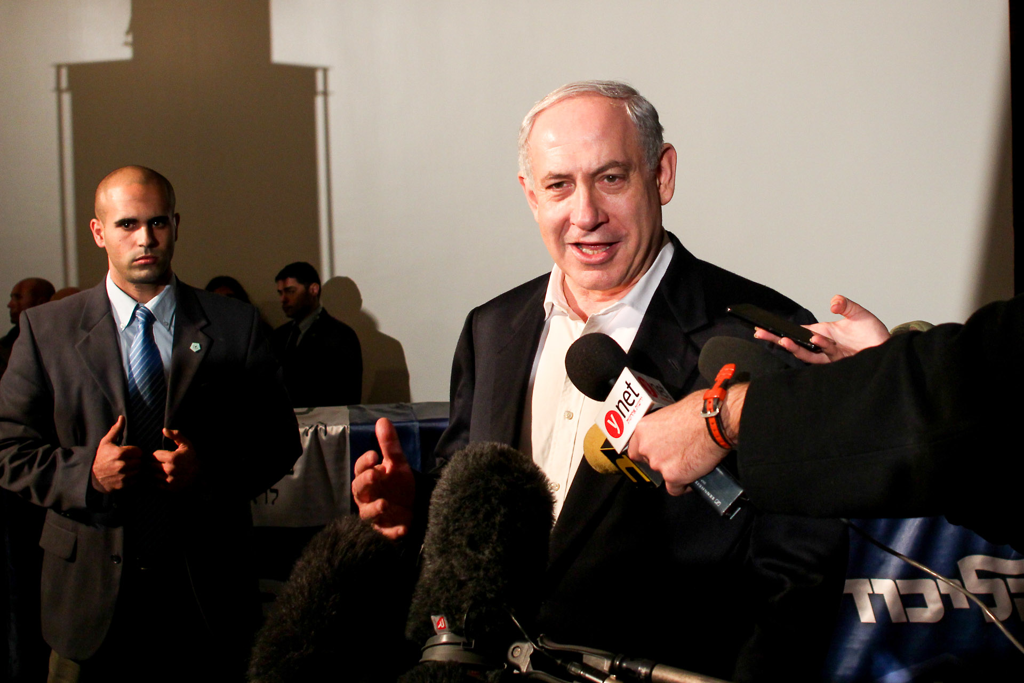 PM Netanyahu addresses the media before going in to speak to supporters inside the club. 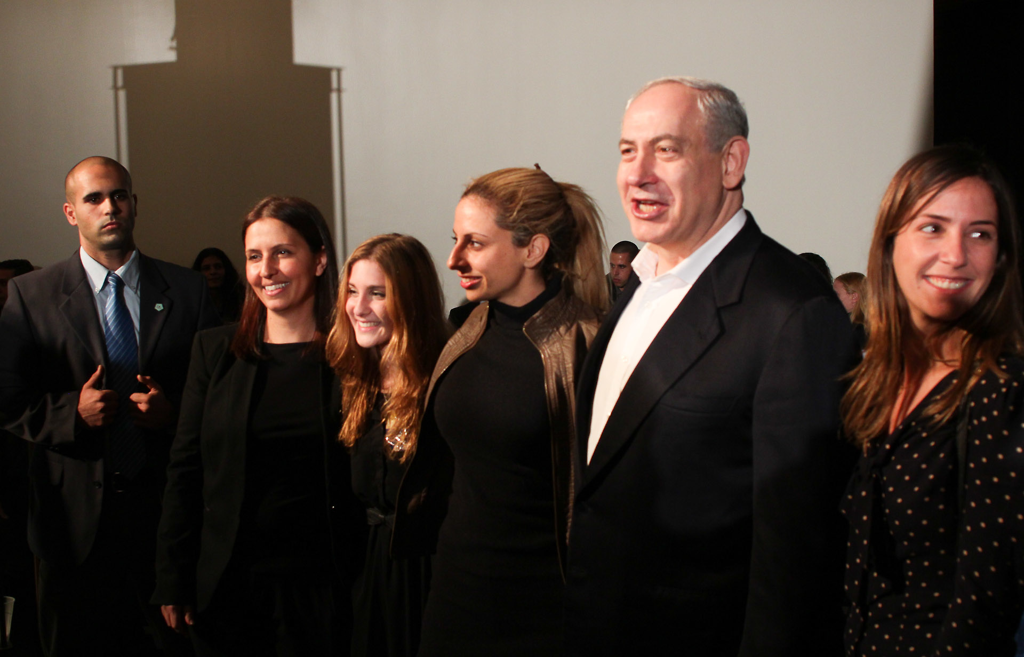 PM Netanyahu poses with Likud members before going to speak to the supporters inside club. 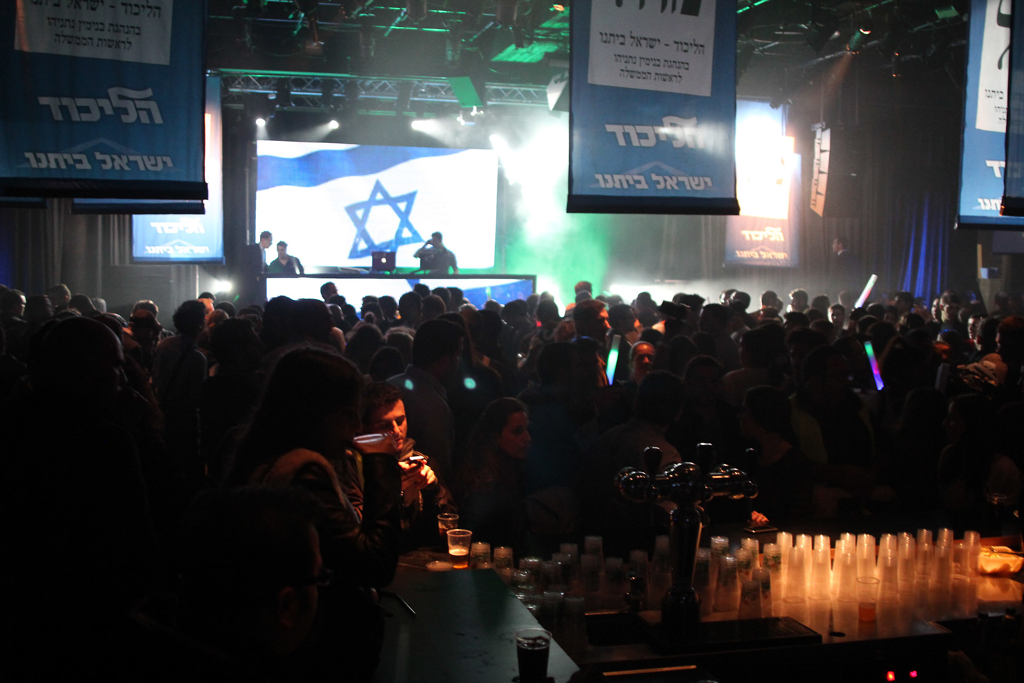 A Likud rally took on a decidedly party-like atmosphere. 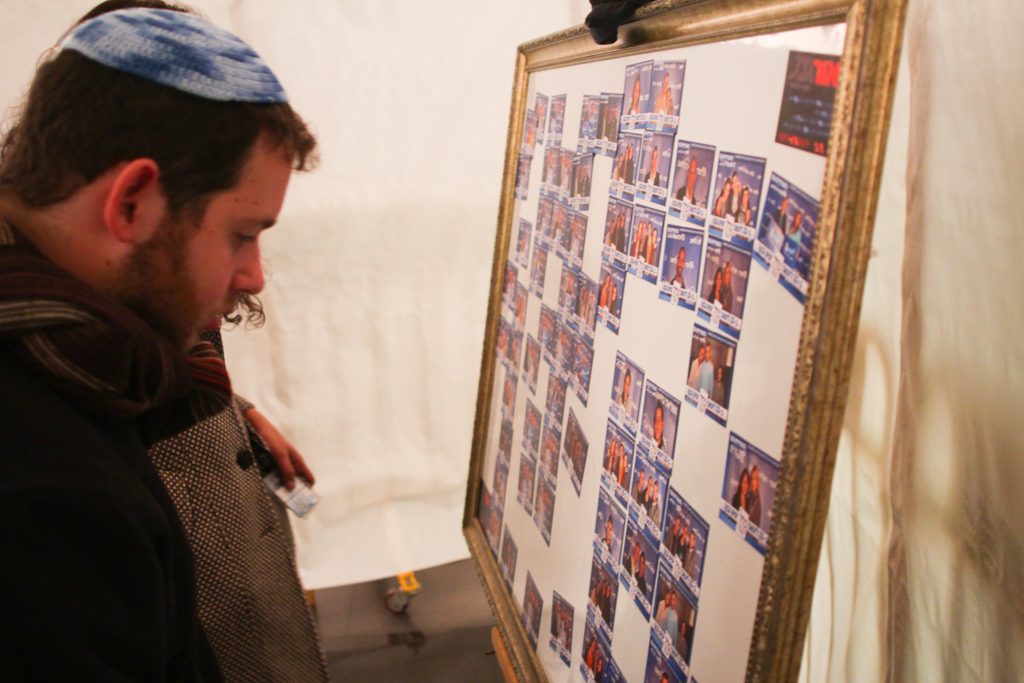 A Likud supporter looks for a photo of himself after the rally. 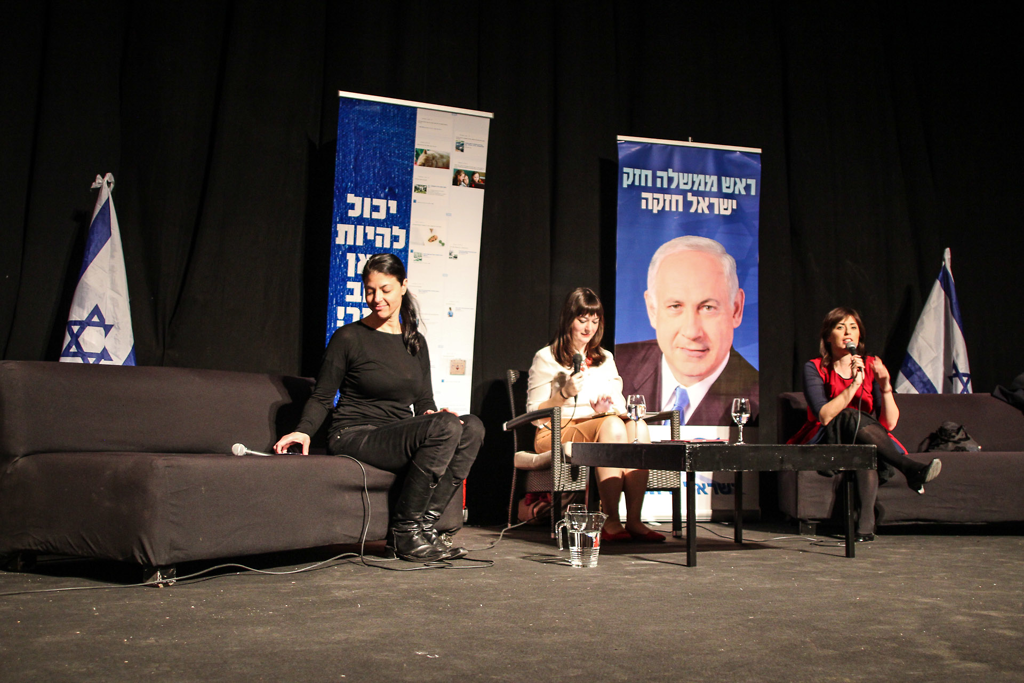