Still, it seems as if the steady revenue stream from parking tickets was not enough for the city. Last week, the Tel Aviv municipality came under fire following an incident in which a resident's car was towed away- after city workers painted the space she had parked in as handicapped-reserved. While her car was parked in the spot.

When the resident, Hila Ben-Baruch, called the municipal office to explain what happened, she was told she had to pay over $300. And was accused of lying. Ben-Baruch turned to social media and was able to obtain security video footage that vindicated her. In light of the indisputable video evidence, the city apologized and cancelled all fines against her.

Yet, Ben-Baurch's saga is only one of many that take place throughout the city everyday. Below are photos of a local man whose car was towed on central Tel Aviv's popular and chic Sheinkin Street.

The man saw it being towed and ran to confront the city workers in charge of the operation. This confrontation lasted close to an hour and, occurring as it did, on a weekday afternoon, lead to a traffic jam that ran the length of the street.

Before the situation ended, the police arrived, a large crowd gathered, a symphony of honking erupted, new friends were made amongst the stranded drivers, and the man whose car was being towed, apparently left without further recourse, decided to simply sit in front of the truck. Though he did capture the hearts and minds of the assembled crowd, his ploy did not work. His friends eventually talked him down and the car was towed away without further incident.

The crowd was on the side of the man seated on the road. Though it could not be determined if they were really for him or just against the city. 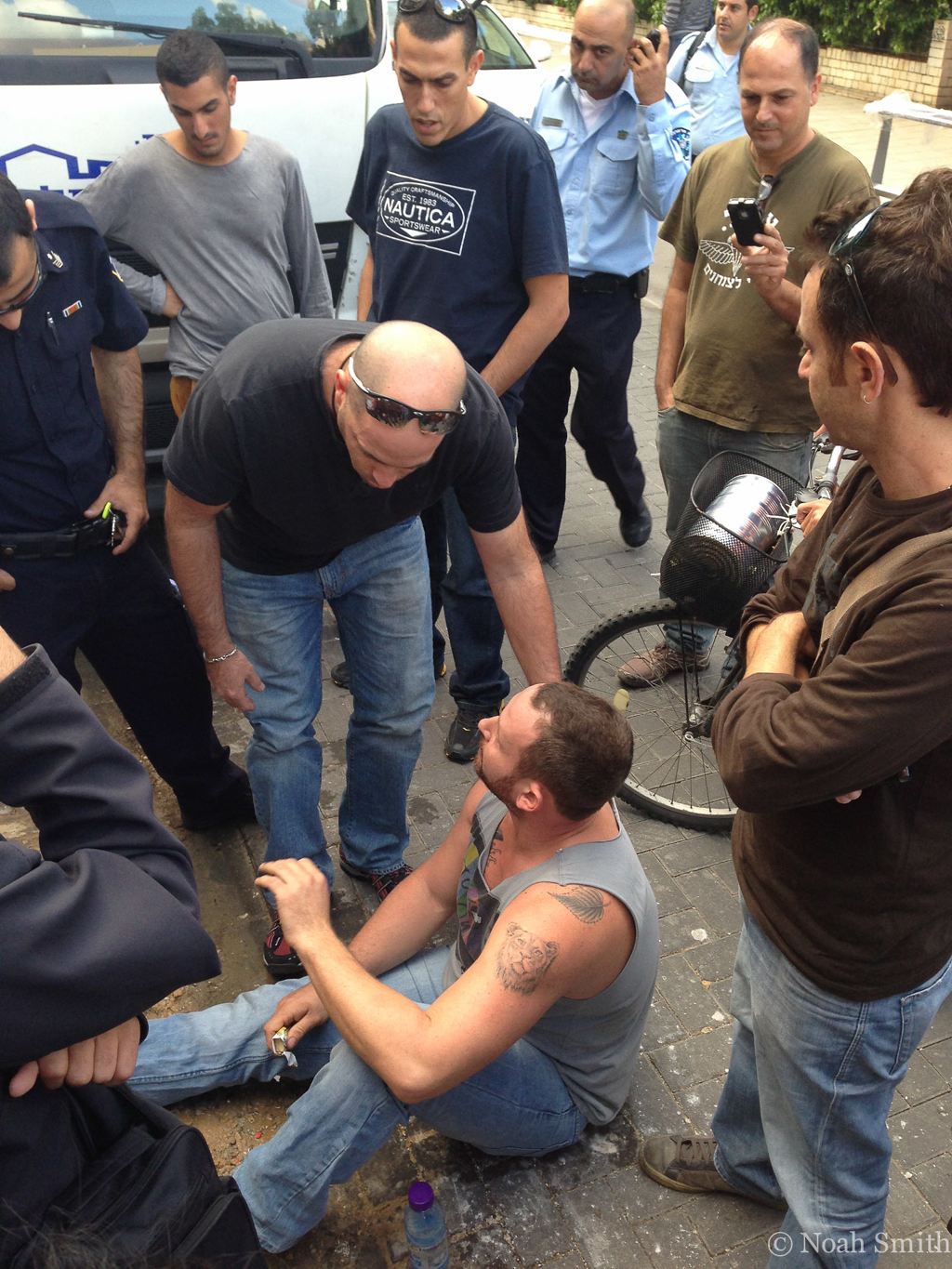 The man's friends, and the police, try to reason with him as he sits in the space his car once occupied. 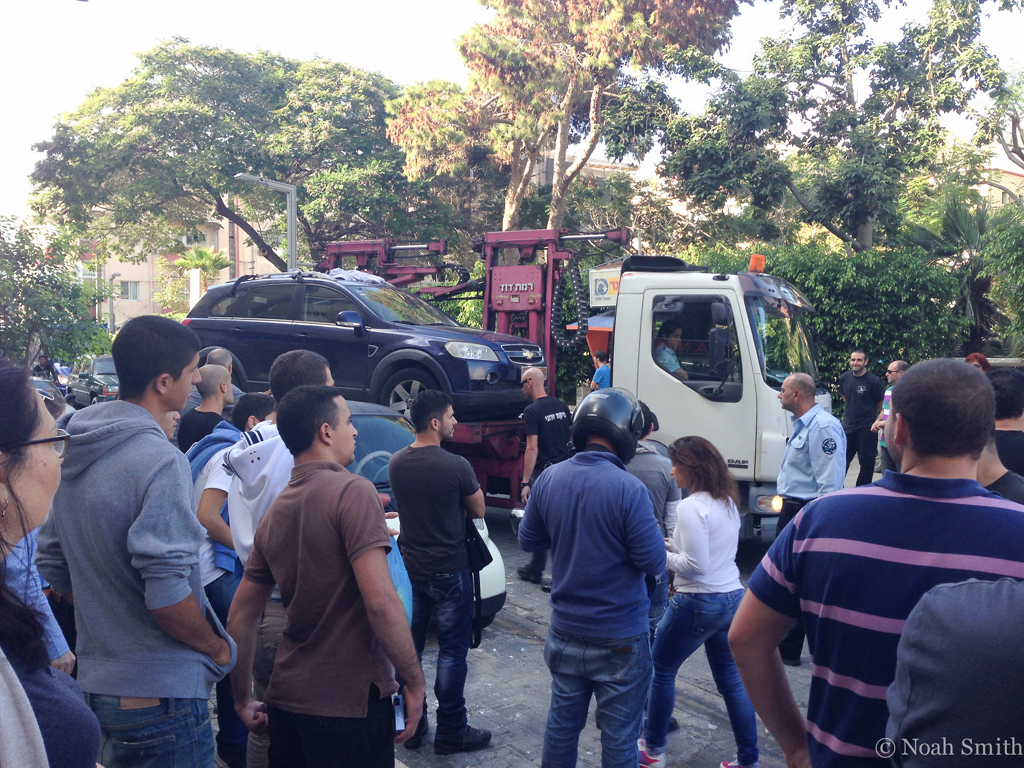 The police were called in, but the saga still continued for close to a half hour after they arrived.